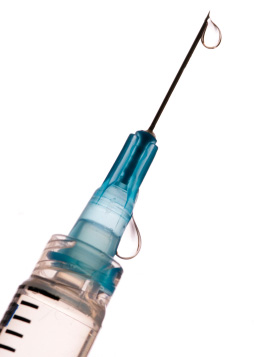 Vaccines for Tetanus and PPD

Tetanus
Walk-in Medical Care provides the Tetanus booster for patients that receive a cut, scrape, or puncture wound. The tetanus booster protects against tetanus and diphtheria.

Tb tests are available in all Walk-in Medical Care locations. The Tb skin test is used to assess whether the individual has developed an immune response to the bacteria. A small amount of tuberculin is injected into the skin and 48-72 hours later trained medical staff can read the results.

Walk-in Medical Care stands prepared to serve our patients for the flu ( influenza) wave while hoping and praying it misses us this year.

Why did so many California kids get whooping cough despite being vaccinated?

When California had its biggest pertussis outbreak in more than half a century in 2010, the kids who fell sick most were 10- and 11-year-olds.That struck public health experts as odd.

Children receive five doses of the vaccine that protects against the illness — also known as whooping cough — by the time they’re 6, so that population should have been fully inoculated. read more >>